If you hadn’t noticed it yet, 2019 seems to be the year of ecological awareness for many citizens. In a few months, many movements have grown and expressed their concerns about climate issues. This is indeed proof that ecology is at the heart of many of us’ concerns. In this B-cap article, discover several of these spontaneous citizen movements. 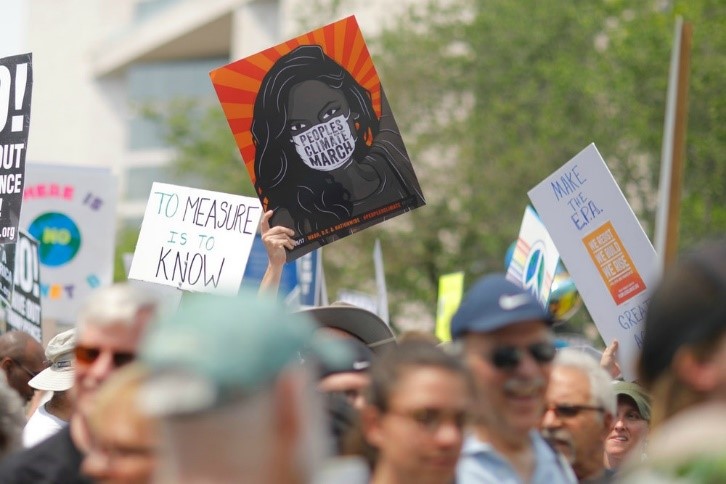 Everything starts on September 8, 2018. The first “Rise For Climate” march took place on 7 continents, in 95 countries and with more than 900 actions. Hundreds of thousands of people all around the world displayed the power and the diversity of the climate movement.

Since then, many other marches have been organized around the world. In Brussels, the fourth edition of the Rise for Climate march brought together more than 70,000 people on 27 January 2019 despite the rainy weather. The participants intend by this action to put pressure on politics to adopt strong measures for climate protection.

Another ecological movement was launched in Brussels in January 2019 under the leadership of the young Swedish environmental activist Greta Thunberg.

Youth for Climate is a global movement of young people to mobilize society to fight global warming. It organizes school strikes for the climate in Belgium and in various countries.

Since January 2019, the event has been held every Thursday with an increasing number of participants. 3000 students demonstrate in Brussels on the first Thursday then 12,000 the following Thursday and 35,000 on Thursday 24 January. To such an extent that student absences are tolerated in several schools and universities across the country.
This youth- and student-led movement shows that youth are fully aware of ecological issues, which is a good thing. 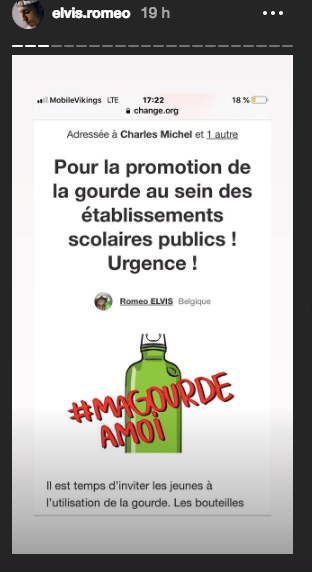 Very active on social networks and mainly on Instagram, the famous Belgian rapper Romeo Elvis is involved in the fight for the environment. He does not hesitate to raise awareness among his Instagram followers by encouraging them to use a reusable drink bottle rather than plastic bottles.

In early January 2019, he launched the #MaGourdeAMoi (My own gourd) hashtag. This campaign was so successful that he later published a petition to Charles Michel, the Belgian Prime Minister to ban plastic bottles in public schools and install water points for students.

Charles Michel has not reacted yet, but it is not the most important point. The gourd has now become trendy in playgrounds and high school audiences. Well done Roméo! 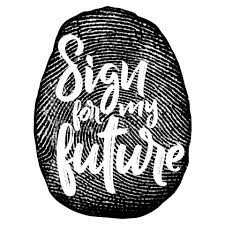 What is Sign For My Future? In a few words, it is a movement known for launching a petition with the same name.
Young people, business, civil society organizations, the media, people from the scientific world who have made a personal commitment to the climate. Together, they created Sign for my Future, a citizen movement that brings together the whole of Belgium and has become one of the largest coalitions ever formed in Belgium.

What do they want? “An ambitious policy that will make Belgium a climate-neutral country by 2050 and that, from the next legislature, will lead to a substantial reduction in greenhouse gases” is explained on the Sign For My Future website. The petition is addressed directly to governments to act to save the climate. In concrete terms, three specific actions are required:

As you can see, the climate issue is central to the interests and concerns of many citizens. We can also see that young people seem particularly concerned by environmental issues. Few of them will trust institutions, brands and businesses that do not respect the ecological values they defend. This is why public and private institutions will have to engage themselves in the fight for the climate.